Yevo Oatmeal -Its Not Your Grampy’s Oatmeal

Oatmeal rarely motivates us to rise out of bed to partake in the most important meal of the day.

We’d rather invite Tony the Tiger to the breakfast table than slurp down a bowl of piping hot oatmeal that brings grandpa a huge whiff of nostalgia.

Oatmeal Wednesdays were the only reason I ran out the door as fast as I could to catch the bus that took me to high school detention.
Yevo oatmeal changes the perception that only those with dentures can enjoy oatmeal.

When you sit down to a bowl of freshly made Yevo oatmeal, your body eagerly waits for the 43 essential nutrients that keep you bursting with energy throughout the day.

No other food source captures the nutrients that you need to enhance your mind and body.

Do you have to close your eyes and force Yevo oatmeal down your gullet to enjoy the nutritional benefits?
Well, think about the robust flavor combination of apples and cinnamon and the answer to the question is no. 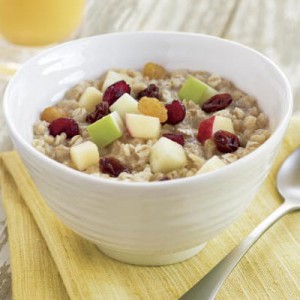 Yevo apple cinnamon oatmeal changes the perception that oatmeal should only be a breakfast staple for those who have accepts AARP invitations.

A delicious bowl of Yevo oatmeal dazzles the taste buds and will have you licking your lips more than LL Cool J at the MTV music awards.

It still has the time to deliver 43 essential nutrients that help you tackle each day from sun up to sun down.

Let’s take a look at some of the nutritional benefits of a serving of Yevo goodness:

Yevo has changed the way we view oatmeal. Instead of forcing a hot bowl of white stuff down with a cup of coffee, which was sure to have you running for the john j crapper.

Yevo oatmeal has become a favorite snack of adults and kids alike.

Whenever you serve Yevo oatmeal to your family, you never have to worry about receiving the timeless expressions of “Oatmeal, again?”

Because Yevo oatmeal is not your grandfather’s oatmeal.